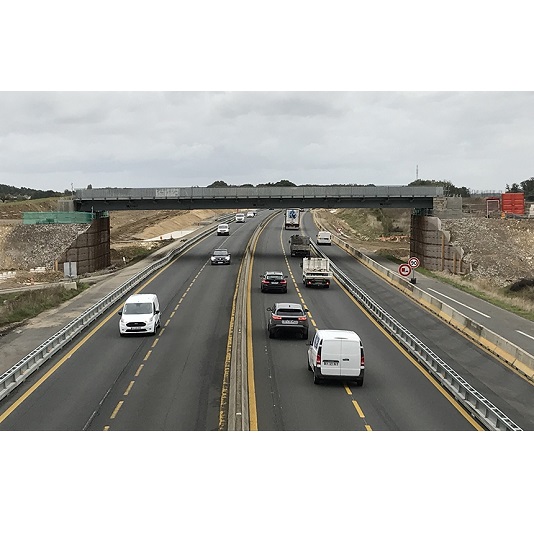 A comprehensive failure analysis carried out quickly and efficiently on a bridge, enabled French temporary structures specialist Locapal to make the rights decisions without delay.

A temporary bridge over a motorway was ready for commissioning when a fractured bolt came to light. As safety is always Locapal’s first priority, the site management team immediately returned the bolt to the manufacturer and asked for an explanation. The manufacturer’s verdict was that the problem most probably stemmed from incorrect tightening. For Locapal, whose teams of fitters work to strict assembly instructions, this explanation sounded highly implausible. The suspect bolt was then sent to Cetim for a second, independent assessment.

From the very first analyses carried out using the facilities available at the Centre laboratories, it was evident that the fracture surface was not the result of faulty tightening. As Locapal had suspected, the bolt manufacturer’s explanation simply didn’t hold water. Commissioning of the bridge was suspended with immediate effect while Cetim performed more extensive metallurgical analyses. These analyses revealed a problem of intergranular decohesion; a fault that could clearly not be put down to over-tightening, but was in all likelihood caused by a manufacturing issue, specifically during the heat treatment phase. This meant that all the bolts used in the assembly of the bridge presented a risk of fracture.
On Cetim’s advice, Locapal took the decision to replace all the M30 bolts, numbering some 500, in the structure. However, to ensure the safety of the bridge, the company first commissioned the Centre to check the compliance of a number of bolts from the new batch. Both metallurgical characterisation and mechanical testing confirmed their compliance with the relevant requirements. The process of replacing each bolt in the structure one by one took a total of 16 hours.

In the words of David Thibaudeau, Works Director at Locapal, “The Cetim’s experts were highly responsive. Their advice, expertise and detailed responses to our questions were extremely valuable in enabling us to take the right decisions.”

Cetim uses its combination of failure analysis expertise, investigative methods based on mechanical testing and metallurgical characterisation and extensive experience to identify the origin and nature of a fault, provides the relevant technical explanations and supports both manufacturers and users of parts and systems destined for integration in larger assemblies.

With +1 500 multi-sector appraisals each year, its 200 experts worldwide, Cetim is the leader of failure analysis in France and South-East Asia.
To learn more on our solutions and services, please contact our experts : sqr@cetim.fr | +33 970 821 680.

We use cookies to ensure that we give you the best experience on our website. If you continue to use this site we will assume that you are happy with it.Ok